“As a result, arms and fuel depots and military equipment were hit. ISIS coordination centers in the mountains were totally destroyed,” he added.

First video of Russian airstrikes on ISIS in Syria

Konashenkov said that all the flights took place after air surveillance and careful verification of the data provided by the Syrian military. He stressed that Russian jets did not target any civilian infrastructure and avoided these territories.

“Russian jets did not use weapons on civilian infrastructure or in its vicinity,” he said.

Earlier in the day, the Russian military announced the start of air operations in Syria in order to help the goverment fight terrorist forces. Syrian state television named at least seven areas targeted by the air strikes.

They included areas around the cities of Homs and Hama, which are 44 kilometers apart, according to various media reports.

The statement by the Defense Ministry refuted earlier reports about civilian casualties that Russian air strikes allegedly led to.

"Russia is intending not to fight ISIL [Islamic State], but to prolong the life of [Syrian President Bashar] Assad," Khoja said.

Similar claims were made by the BBC, Fox News, Al Jazeera and numerous other news outlets.

However, US Secretary of Defense, Ashton Carter, said that Pentagon can’t confirm these allegations, though NATO declared it was concerned by the reports that targets other than ISIS could have been hit.

Moscow harshly criticized the reports, labeling them an information war.

“Russia didn’t even begin its operation against Islamic State… Russia’s Foreign Minister Sergey Lavrov didn’t even utter his first words at the UN Security Council, but numerous reports already emerged in the media that civilians are dying as a result of the Russian operation and that it’s aimed at democratic forces in the country (Syria),” Maria Zakharova, Foreign Ministry spokeswoman, told media.

“It’s all an information attack, a war, of which we’ve heard so many times,” she added. 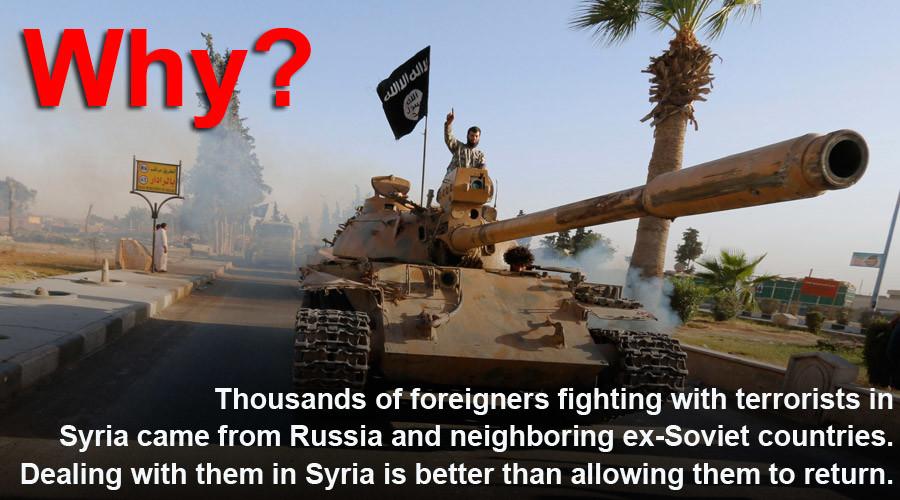 #Russia ready to fight in #Syria: Why and how? http://t.co/W0Ufut1qc4pic.twitter.com/wQA1me3EVu

Zakharova also said that she was amazed by the scale and speed of what she called “info injections” into social networks such as “photos of alleged victims” that appeared on the web as soon as the Russian operation began.

“What can I say? We all know perfectly how such pictures are made,” she said, remembering a Hollywood flick ‘Wag the Dog,’ which described the US media reporting on a fake war in Albania.

The spokesman urged the media, including, Western outlets “to turn to top officials in the [Russian] Defense Ministry press service to obtain all required information" about the country’s operation in Syria.